Is your language inclusive?

Is it fair to say that a language is not inclusive or sexist? Most of the languages (mainly those that derive from the Latin and Greek) have a somewhat special peculiarity: the grammatical gender. For example, one of the difficulties to learn French as a second language (at least for Spanish speakers) is when the same word has the opposite gender. For example, "car" (masculine) in Spanish and "voiture" (feminine) in French, where some or most of the articles could change due to the gender of the noun. If this is difficult for Spanish speakers, it is even more for English-speaking people when they learn any of these two languages, since English is not used any grammatical gender.
Now the idea of a defined genre is changing rapidly in this period. The LGBT community, for example, has imposed challenges to "standard" in this sense for a long time, and finally got the recognition they deserve. Now we hear new terms related to gender or sex, although not all are "legally" accepted. There is a legal void when it comes to being inclusive. The laws still have different provisions for men and women concerning pensions, retirement age, and marriage (which in many countries is still defined as the union of two people of different sex, specifically between a man and a woman). So what happens to people who are identified as a third gender or not binary, intersex, general, bigender, queer, queer heterosexual? In English, for a people who are not identified with a specific genre is them identified with "they" instead of "I" / "she". 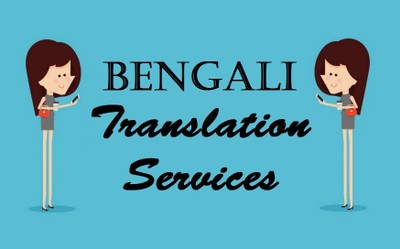 In regards to the inclusion of language, beyond mere issues of the gender of nouns, one of the many debates about the use of the Spanish is neutrality, or its lack thereof, in the language as a whole. Spanish language is considered one of the most sexist and exclusionary, since the form masculine words, evident in the use of the plural forms of nouns (and some pronouns) as standard (ie: "we" to refer to each of us in a) (Group, regardless of their sex, instead of "we", involving only women), does not extend to women or the female form. Feminine forms are being included to use nouns in the plural; many linguists believe that they are unnecessarily excessive language. To refer to someone's relatives, see "sons," "parents," "grandparents," so we should always write "births", "fathers and mothers", etc. to be more inclusive. If we try to be inclusive of translating "cousin" or "sibling" from English to Spanish, there is a way, but the women could be against it.
Gender inequality is part of a more insidious inequality, then why add languages to the problem? If the languages are considered living entities in constant change, why would they not evolve at the same rate as human relations and cultural evolution?
On the other hand, translate into English can be a pleasure when we think of it as a language without gender. Some might say that English has, among its many advantages, the title of the more inclusive language in the world. If we do not want to be caught in the dilemma of having to include all genres to the talk, we just use the word "person" and will resolve the problem.
Then must have the courage to say that inclusion in the language in any way shows how society is inclusive? Are Anglophones more open and inclusive Spanish speakers? Perhaps, Latin America still has a long way to go in terms of gender equality. Let us hope that languages evolve at the same rate that the company makes it.

Posted by shopnia 11:03 Archived in Pakistan

This blog requires you to be a logged in member of Travellerspoint to place comments.

If you aren't a member of Travellerspoint yet, you can join for free.